Thanks to a resolution from the Central Administrative-Economic Tribunal (TEAC) that contradicts the stated by the Tax Office, now the self-employers are allowed to work from homr, and that work con be deducted in the Personal Income Tax (PIT). Expenses such as the electricity, the water, the telephone or the gas. This resolution is bonding for the administration, so it is an obligation that the civil servants from the tax office have to comply. 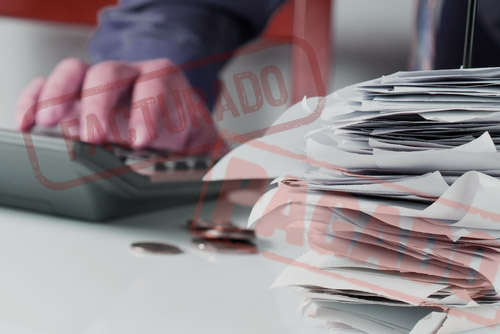 This decision of the tribunal affects the self-employers that work from home, because they now can deduct in the PIT the expenses that derive from the ownership of a home such as the IBI (Buildings Tax), plus the litter taxes, or the community fees. Furthermore, the amount of the deduction is set according to the square meters of the home which is destined to develop the professional activity, so it is something that does not change.

Despite that, the tax agency had vetoed this rule in the case of the consumes such as the electricity or the gas, arguing that there is not a national regulation to determinewhich parts of the supplies were used for particular ends and which were used as a professional activity. It is also important to mention that the position of the tax office had already been turned down in a sentence of the High Court of Justice of Madrid, where it was established that the gas or the electricity can be deducted followingg the same rule of apportionment used in the IBI. It has been this last decision that has motivated the tax  agency to present a speech of unification of criteria before the tribunal.

The tribunal also understands that when the self-employed takes over expenses in supplies for the execution of his/her job, he/she also has the right to deduct those expenses.

Despite them, the TEAC recognises that there is not a rational rule that allows to distinguish the when consumption of the elctricity is personal and when it has a professional purpose. In this sense, a third opinion has been contemplated, combining the square meters with the working days of the activity, just like the hours in which said activity is executed in the home.

It is also mentioned that the right to deduct is equally conditioned to the self-employer proving that the consumption of the expense to be deducted really has utility regarding the professional activity he/she executes.

If you are a self-employed or you are considering to become one and you have doubts about which expenses you can deduct if you work from home, remember that our consultancy is in Catral and we offer our services to all Vega Baja. Come to visit us and we will solve your doubts.

Discover why Leydacom is different and how we can help you. Ask for information with no obligation. Work, tax, commercial, bookkeeping, GDPR, solicitors, financial advise, property administration, insurances.